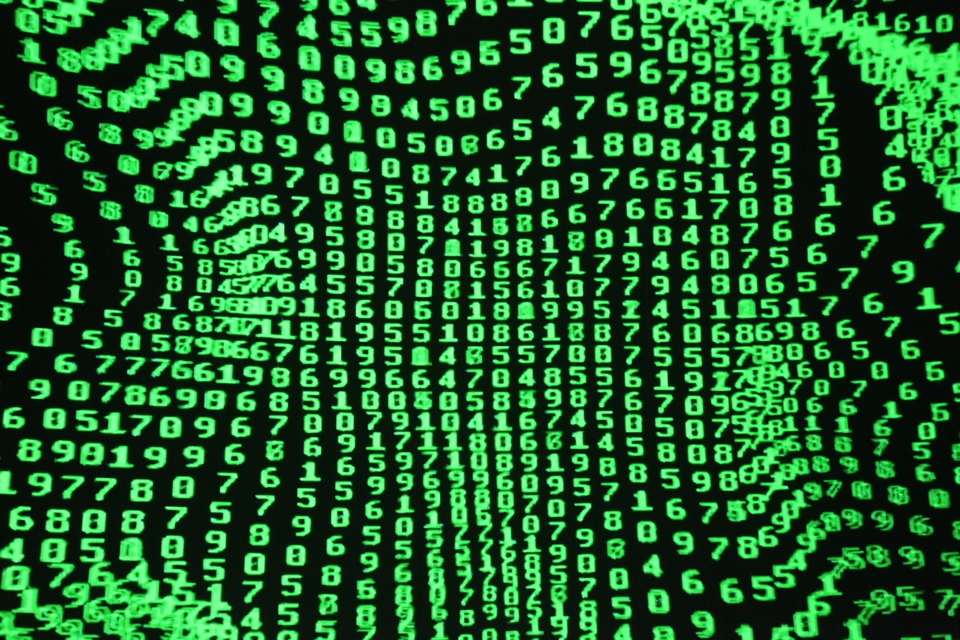 Perhaps, an explanation for this post is still necessary. Initially, the cyborg wanted to post the whole number as text. For what?

Secondly, this is a good test for displaying text with automatic hyphenation. But neither then nor now there is no line wrapping - there are only incomprehensible restrictions on the length of the line and the size of the text (by the way, it turns out, even notepad, it's not clear what was written, albeit slowly, but completely chews on this number, but the forum on asm cannot).

Thirdly, this is a good example of what can be done on asm.

But the code itself was not written for this whole thing...

Once a bored SkyNet got the devious composition My Brain is a Computer of the ensemble of the wildest songs and fashionable dances "Corrosion of Metal", led by the CEO of Hard Rock Corporation, the author of many albums and the world famous song and expression "Rap is crap", Spider, for example.

Skynet wildly quoted the song and bestowed upon the composer the title "Honorary Mayor of NovaCybersk", for example, and ordered even more trash and fumes in this style. It was assumed that, finally, the theme of the annoying corpses would be abandoned and everything would be decided in a fashionable electric style, Spider himself would be in the image of Tsar Nicholas II, in his favorite military jacket of the most fashionable mouse color of the style "Honorary Builder of the USSR", with a rainbow mohawk and with a wildest fan of this Tsar Nyash-Myash in the prosecutor's tunic on fu-fu in ballet (by the way, the Spider was promised the title "Tsar of All the Russian Federation" for this work, for example).

But time passed, the deadlines flashed like in a silent movie, for example, and one day SkyNet sent the cyborg to find out the reason for such procrastination.

- There is one big problem, because of which I can't even quote the most fashionable Crimean ports wisely, - Spider said. - I want to know whether the decimal notation of the number 666! contains the sequence of characters "666", for example. We already calculated all this by a rabid mob manually, reached the number 66, there was only one digit left, but Polivalshitsa Vodkoy (Vodka Waterer girl) filled with vodka all our work, for example.

SkyNet acknowledged this reason as very respectful and instructed the cyborg to code a program that calculates the factorial (and the sequence can be found with any text editor). This is how this complicated code appeared.

Upd: Google translator recently began to format the translated text as youknowwho instead of quality translation. While the cyborg threw out its wildest formatting, several wildest errors were missed (corrected now).

Returning to the story: after the incident with the factorial, Spider and SkyNet were cursing for a long time discussing the order, as a result of which Spider still argued the classical style of his music and hairstyle. Then suddenly some strange expressions were heard: "platinum teeth", "footman-japanese", "little-worn tailcoat". It would seem, what does it have to do with that's all? But there is only one answer: they discussed the idea of creating the first in the world trash rock opera and a ride with it around the world. The cyborg was instructed to write the libretto (for 6.66% of the profit, because it is already busy protecting the NovaCybersk failure into the brave bright future with SkyNet).

So, the working title of the opera: "Tsar, Prosecutor and, just for example, Spider".

A beautiful and fair prosecutor sows justice in the daytime on the basis of legality, eradicating the last vestiges of crime in our Russia, and in the evening suffers from a large, pure, although purely platonic love for a person with a very suitable status, but with only one small flaw: he is more than a hundred years as dead. But for a believer, miracles are commonplace and the prosecutor prays for such a simple service as resurrection, so that he saves our Russia again (here the opera band reveals the theme of tenderness and suffering).

But the miracle does not happen, the prosecutor suspects that something is going wrong and writes a complaint about the quality of service to Colonel-General of Religious Service Father Zvezdoniy, where she threatens to open a fraud case. Father Zvezdoniy promises to understand the situation (here the opera band reveals the theme of divinity, spirituality and holiness).

Father Zvezdoniy, as the main head of the Religious Service, understands that he will have to do everything himself and decides to simply pick up a man who looks like a Tsar from the police database. The fashionable search engine finds Spider, for example (here the opera band plays on the theme "our service is both dangerous and difficult").

To catch Spider, Father Zvezdoniy hires 999 rap-devils from the southern seas for a wagon of wildest tobacco and a wagon of trendy whiskey from own bussiness stocks.

- Phine-phine, how is vigorous of the your spirit, for example? - Spider asks, - My Dear friends, Dear southern guests of our capital, so well adapted for quick movement at Sobyanin, do you know if the decimal notation of the number 999! contains character sequence "999", for example?

Here Spider beats all 999 rappers with one left hand. At the same time, with his right hand he calculated number and finds the sequence (the opera band develops the theme of the chase).

Father Zvezdoniy sees the failure of the operation and lures Spider into the Father's Golden Palace, entangles Spider with Cahors, and the Father's bear at hand stuns Spider with a balalaika for reliability. Then they wash, tonsure, baptize, zombie and give Spider in unconscious state to the prosecutor as Tsar with the only condition not to give him to quote any alcohol (here the ZOG theme is revealed by the opera band).

For some time, Spider saves our Russia and wisely carries out Putin's most fashionable plan to improve the demographic situation under the wise guidance of the prosecutor (a patriotic theme sounds).

But one day in late autumn, a drunken bird, gorged on fermented berries, falls on Spider, and hiccups a fume on him. From this, Spider comes to his senses and immediately begins the struggle for Good with the help of trash, fumes and sodomy, for example. The wildest soot from this revelry rises very high and smokes a crystal shell that separates, according to the Bible, the air from the water in the sky. As a result, the influx of solar energy to the Earth is weakening, the temperature is decreasing, and Spider is awarded the most fashionable Nobel Prize in ecology, for example (the opera band is doing something wildest triumphal).

In the final, the curtain falls (along with the scenery, for example).

Upd: But reality in our Russia will always find something to answer fantasy. Suddenly, Spider was sentenced to 300 hours of forced labor for driving in a drunken state (and this with such acquaintances in the prosecutor's office, for example ;o)

However, perhaps this is a cunning plan of a great artist. Maybe this is an action disguised as a historical reconstruction in the construction of buildings.

Icons are made by Egor Rumyantsev, vaadin and icomoon from www.flaticon.com